Patrick F. Brower is uniquely qualified to write this book.

He is the former editor and publisher of the Sky-Hi News, and a group of weekly and daily newspapers, in Granby, Colorado. He was published extensively for 28 years, as a reporter, editor and columnist and has received numerous statewide and regional awards for his writing. He’s also had short fiction published in the Redneck Review of Literature. His news articles have also been published in the Denver Post and the Rocky Mountain News.

Brower personally covered almost all of the hearings and interactions relating to the Killdozer rampage before it took place. Brower was also a victim of the rampage and extensively covered the event itself as well as its aftermath. After the newspapers were sold in 2007, Brower owned and operated his own public affairs consulting firm before working in grassroots economic development with the Grand Enterprise Initiative in Grand County. He continues to write.

Brower graduated from the University of Virginia with a B.A. in American Studies.

He is an accomplished jazz drummer, an avid cross-country skier, runner and a masters level national champion biathlete. He has three children and continues to live in Granby, Colorado.

Killdozer: The True Story of the Colorado Bulldozer Rampage

GRANBY, CO — The book about the Colorado bulldozer rampage that destroyed 13 buildings in a small mountain town has been published, casting light on that bizarre event, the rash of violent rampages in America and this country’s fact-challenged landscape.

Called “KILLDOZER: The True Story of the Colorado Bulldozer Rampage,” the book takes readers through the rampage’s origins, the shocking event itself and the peculiar way in which the perpetrator of the rampage has become something like an American folk hero.

The rampage took place on June 4, 2004 in the small town of Granby, Colorado, where Marvin Heemeyer, a former muffler shop owner, worked in secrecy for months and built a steel-enshrouded and concrete fortified bulldozer tank armed with three rifles — one of which was a 50-calibre sniper rifle. Invincible in this tank, in a two-and-a-half hour splurge, he proceeded to destroy much of the town, causing $10 million in damage.

Although he fired his weapons at perceived enemies, police and a propane tank storage yard, no one was killed in the rampage, other than Heemeyer, who took his own life after his bulldozer-tank stalled in the rubble of a building he had destroyed.

The book explores the little-known back-story behind the rampage that brewed for 12 years before the event. It exposes the way in which Heemeyer created his own false narrative to justify his rampage and which has propelled him into the limelight of conspiracy theorists, Internet junkies and followers of social media news.

The author, Patrick Brower, is the ideal person to tell this fascinating story that was relevant then and today.

Brower was the editor and publisher of the newspapers in Granby and Grand County. He had covered nearly all of the interactions of Heemeyer in that community leading up to the rampage. Not only that, his newspaper was a target of the attack. Brower was inside the building when the 85-ton menacing machine slammed into it.

Brower then covered in detail the aftermath and what he calls “the second Killdozer rampage:” the lionization of Heemeyer and his act to the point where many see him as a hero — a new American antihero.

“Patrick Brower was there,” writes Ron Franscell, the bestselling author of “The Darkest Night.”  “He is the perfect writer to tell this gritty story about our society’s misplaced veneration of literal and figurative bomb-throwers and oddball loners. Top-notch reporting and evocative storytelling.”

“Patrick Brower didn’t just report this illuminating national story of misguided hero worship; he lived it,” writes Martin J. Smith, former editor of the Los Angeles Times Magazine and the author of several books, including the nonfiction work “The “Wild Duck Chase.” “In KILLDOZER, he scrapes away layer after layer of accumulated paint to reveal the man at the bulldozer’s controls for exactly who he was — a martyr without a cause.”

The book is published by Colorado-based Deer Track Publishing and it is available at book stores and retail outlets in Grand County, the Denver area and the usual on-line platforms.

For more information or to schedule book-signings or presentations on the event and the book, call Patrick Brower at 970-531-0632 or e-mail him at pbrower@consultbrower.com. 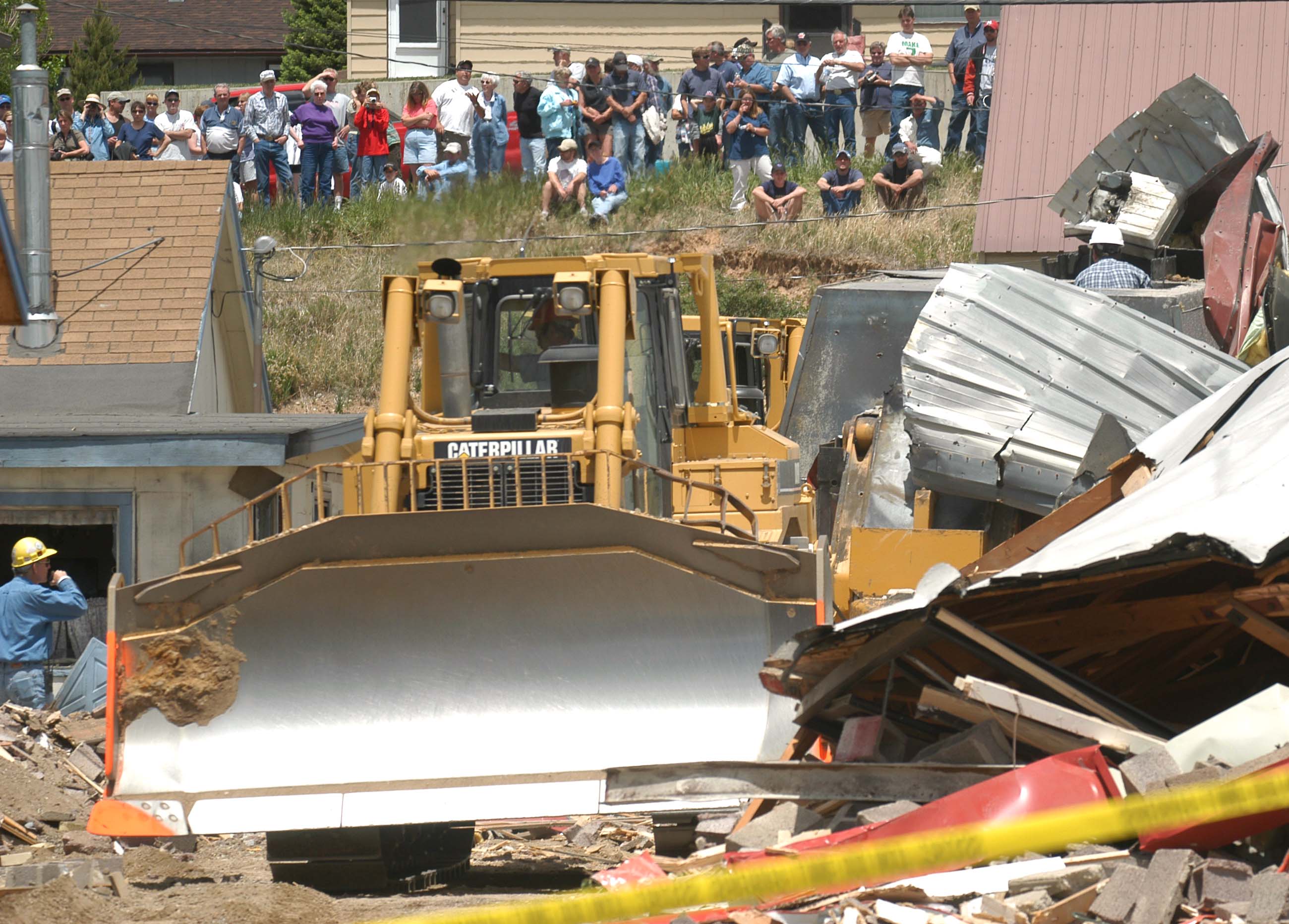 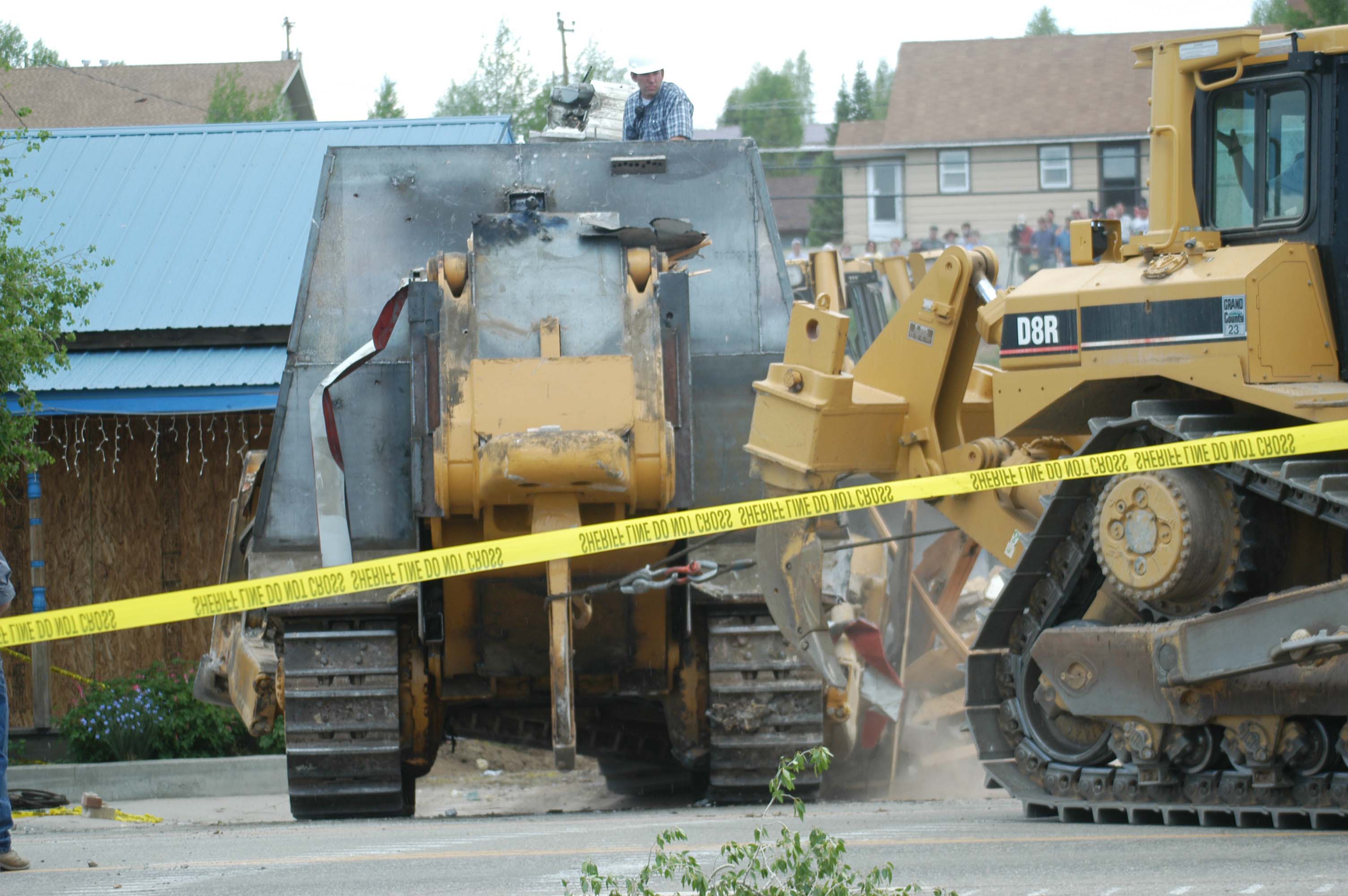 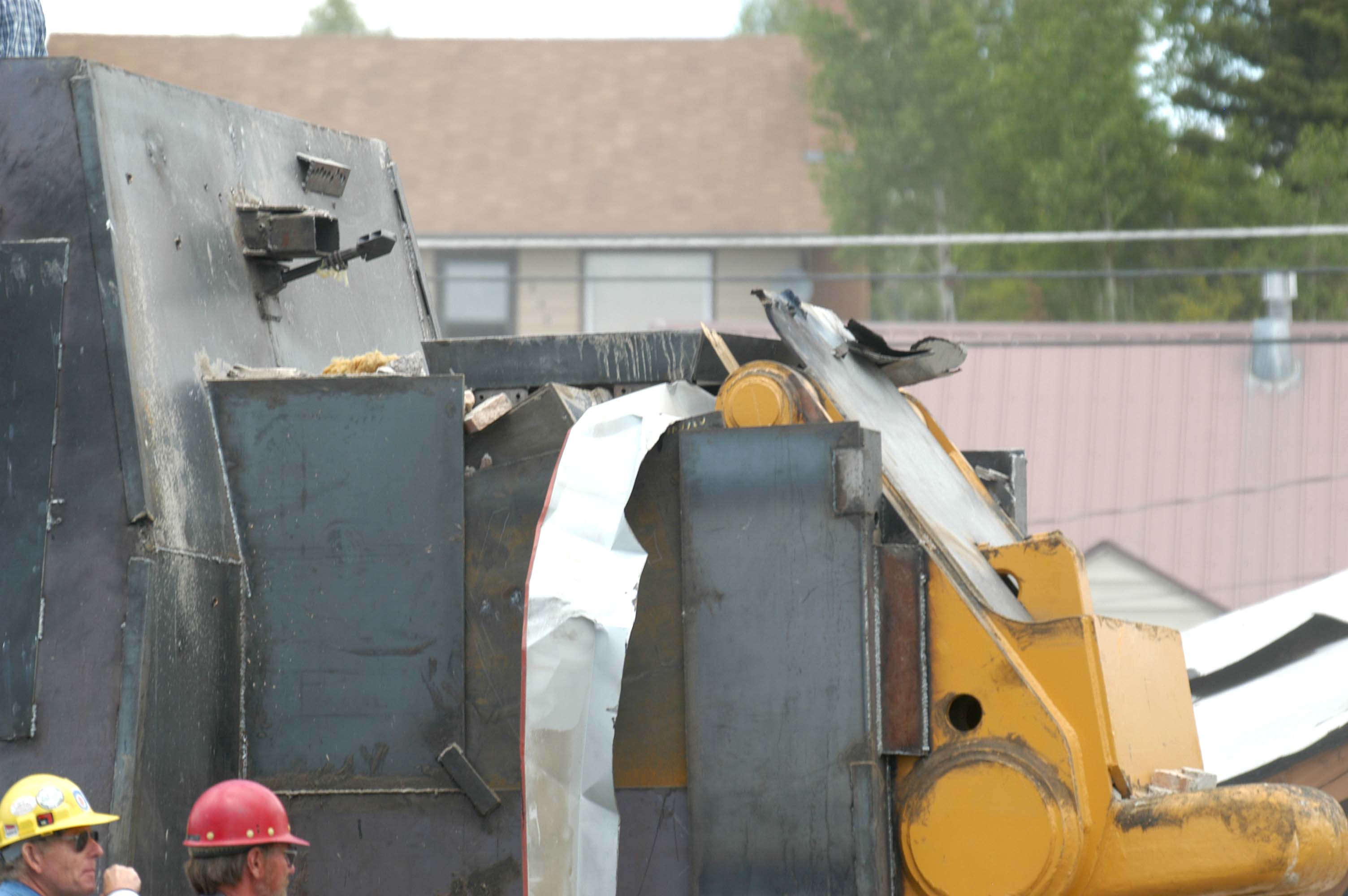 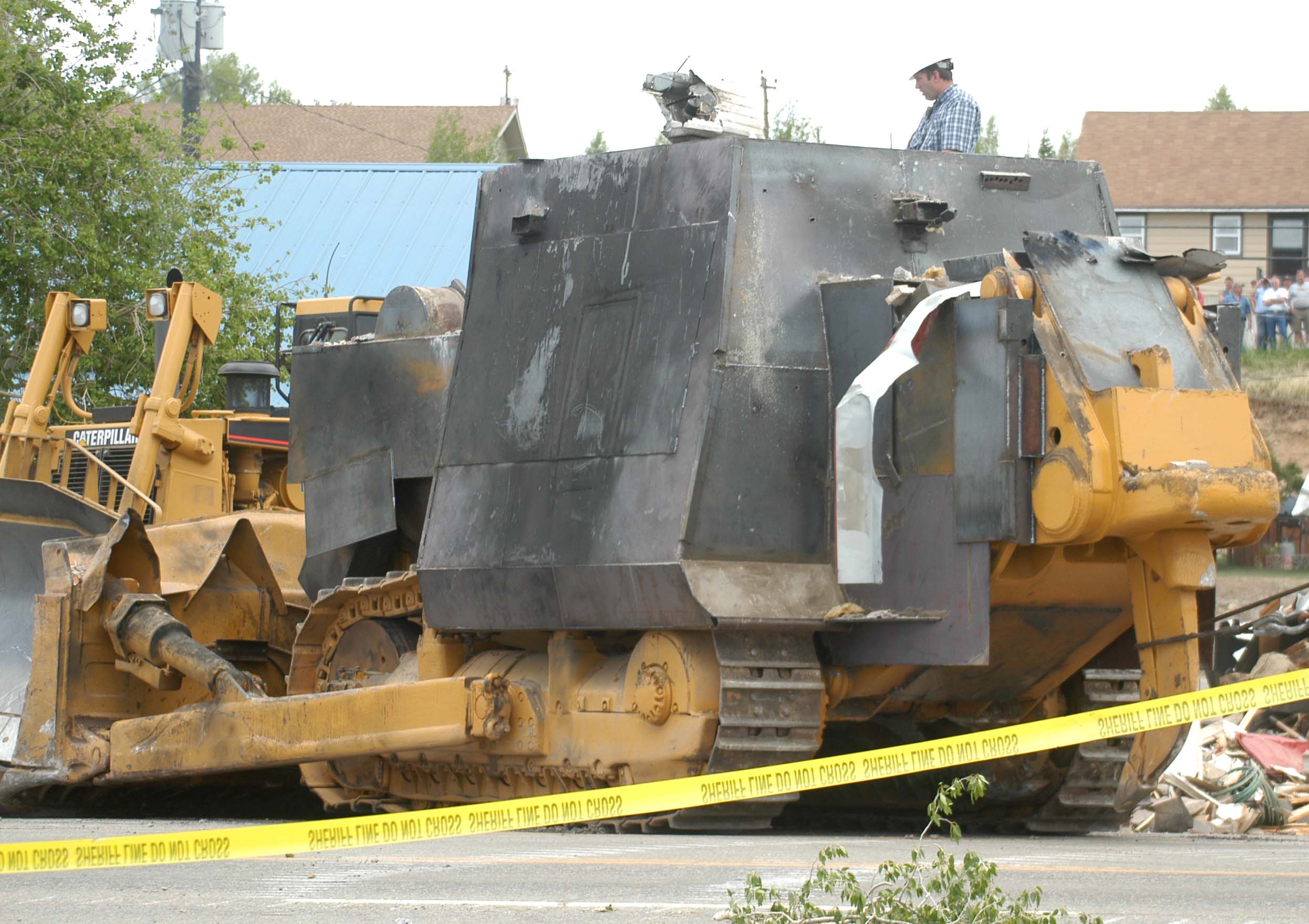 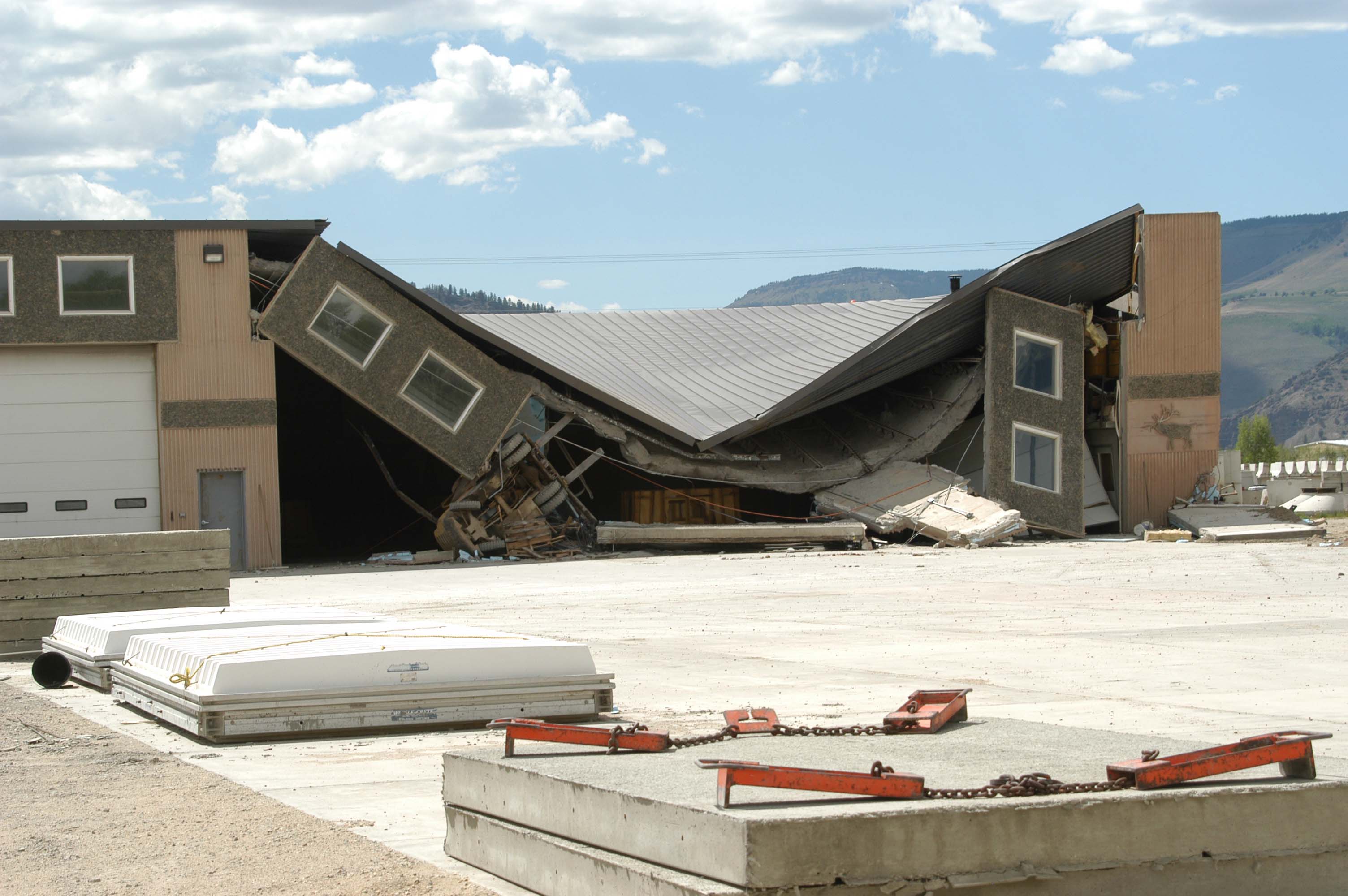